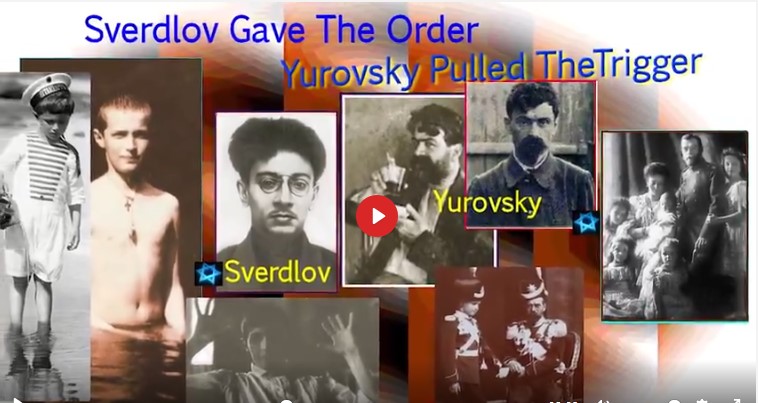 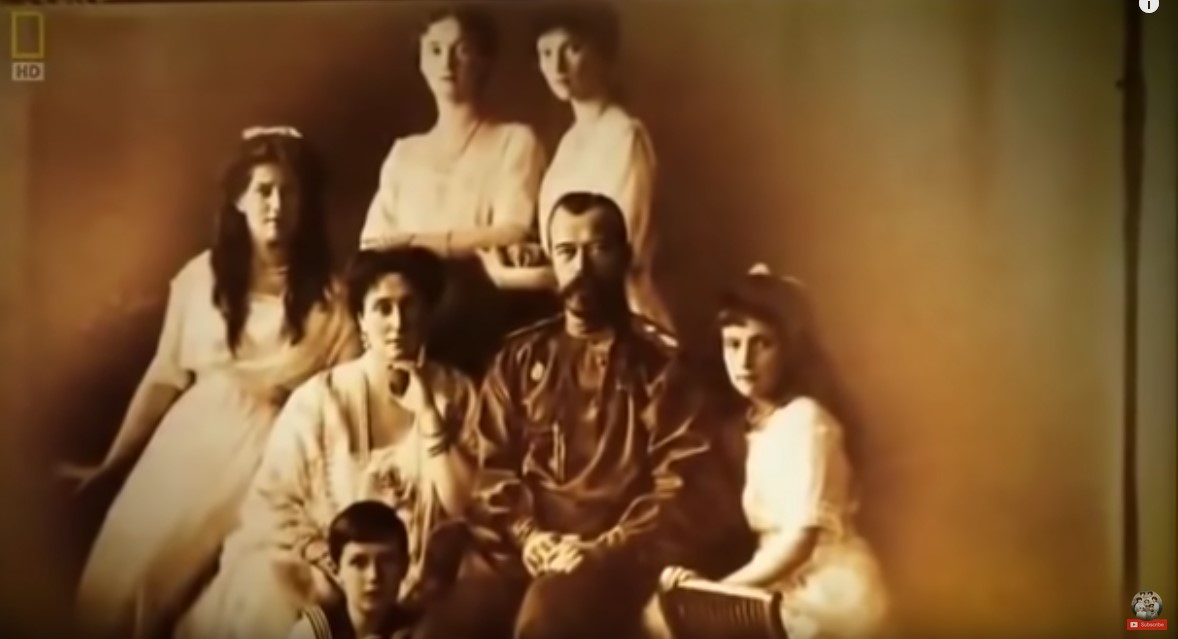 Jewish Bolsheviks Murder Tsar and Family
It was 87 years ago to this day that the last Tsar of Russia, Nicholas II and his family, including severely disabled Tsarevich Alexis, were murdered in clod blood on the orders of Lenin by the Bolshevik police, thus heralding the ultimate start of the Jewish controlled Soviet Union. Please see link here - http://www.ihr.org/jhr/v14/v14n1p-4_Weber.html.

The National Geographic is Jewish Run.

It was a mystery that baffled historians for decades: what really became of the missing members of the royal Romanov family, long thought to have been murdered during the Russian revolution? In 2007, bone fragments were found in a shallow grave 70 meters away from the original 1979 discovery site. This intriguing documentary picked up the story as experts, including forensic anthropologist and 9/11 investigator Anthony Falsetti and Chief Scientist of the US Armed Forces DNA Laboratory Dr Michael Coble, tested and analyzed the bones in the hope that they could solve the Romanov riddle once and for all. Rumors long persisted that at least Grand Duchess Anastasia, the youngest daughter, had survived after the chaotic shootings, and several people claimed to be the lost Grand Duchess. Now, as proved in this documentary, with the use of modern technology and the 2007 discoveries, the truth behind this bloody chapter has finally been worked out.

This video was produced by National Geographic and was released in 2008. It is shared here on this channel in the framework of the publication of the book “The Romanov Royal Martyrs: What Silence Could Not Conceal”. Dr Michael Coble is among the Research Team that helped in the authoring of this book.

Ekaterinburg is in Urals, not Siberia! it's funny that National Geographic can't get the geographic details right

The British royals could have helped but declined to do so..

Kenny Kendoll 3 weeks ago
This is a lie! One hundred years earlier the Czar refused to take on the Rothschild central bank and Nathan Rothschild swore to wipe their bloodline off the face of the earth. Now that we know the Rothschilds were/are responsible for the Russian revolution Stalin all wars and what is going on as we destroy them for all time etc. we also know this is true.

The Raccoon 3 weeks ago (edited)

Find out who the Bolsheviks were and you’ll find out why the Russian revolution,the mass murders of millions of Christians and Ukrainians is kept quiet and why it’s not taught or discussed in the school system.

lol no 2 weeks ago

Communists should be hunted to extinction. ALL of them. Their lackeys in the media as well.

The Rothschilds promised to get the Russians back and they helped the Bolsheviks and this is what happened.

I’ve always felt the British Royals are complicit in their deaths!!! They did NOTHING to help, months before the outbreaks, even weeks before they could have sent a ship ? they are COWARDS!!! King Edward , Queen V always & only saving the name !!!! Of British!! Absolutely disgusts me!!! Queen V so egotistical so closed in only & unto her immediate family!! She was a close narcissist living und Er the umbrella of plenty & denying soooooooo many of much !!! They will answer to God for all the decisions made!!! RIP Family ?abandoned & ? forgotten ......?

Jewish Bolsheviks Murder Tsar and Family
It was 87 years ago to this day that the last Tsar of Russia, Nicholas II and his family, including severely disabled Tsarevich Alexis, were murdered in clod blood on the orders of Lenin by the Bolshevik police, thus heralding the ultimate start of the Jewish controlled Soviet Union. Please see link here -

In the night of July 16-17, 1918, a squad of Bolshevik secret police murdered Russia's last emperor, Tsar Nicholas II, along with his wife, Tsaritsa Alexandra, their 14-year-old son, Tsarevich Alexis, and their four daughters. They were cut down in a hail of gunfire in a half-cellar room of the house in Ekaterinburg, a city in the Ural mountain region, where they were being held prisoner. The daughters were finished off with bayonets. To prevent a cult for the dead Tsar, the bodies were carted away to the countryside and hastily buried in a secret grave.

Bolshevik authorities at first reported that the Romanov emperor had been shot after the discovery of a plot to liberate him. For some time the deaths of the Empress and the children were kept secret. Soviet historians claimed for many years that local Bolsheviks had acted on their own in carrying out the killings, and that Lenin, founder of the Soviet state, had nothing to do with the crime.

In 1990, Moscow playwright and historian Edvard Radzinsky announced the result of his detailed investigation into the murders. He unearthed the reminiscences of Lenin's bodyguard, Alexei Akimov, who recounted how he personally delivered Lenin's execution order to the telegraph office. The telegram was also signed by Soviet government chief Yakov Sverdlov. Akimov had saved the original telegraph tape as a record of the secret order.1

Radzinsky's research confirmed what earlier evidence had already indicated. Leon Trotsky -- one of Lenin's closest colleagues -- had revealed years earlier that Lenin and Sverdlov had together made the decision to put the Tsar and his family to death. Recalling a conversation in 1918, Trotsky wrote:2

My next visit to Moscow took place after the [temporary] fall of Ekaterinburg [to anti-Communist forces]. Speaking with Sverdlov, I asked in passing: "Oh yes, and where is the Tsar?"

"And where is the family?"

"The family along with him."

"All of them?," I asked, apparently with a trace of surprise.

"All of them," replied Sverdlov. "What about it?" He was waiting to see my reaction. I made no reply.

"And who made the decision?," I asked.

"We decided it here. Ilyich [Lenin] believed that we shouldn't leave the Whites a live banner to rally around, especially under the present difficult circumstances."

I asked no further questions and considered the matter closed.

Recent research and investigation by Radzinsky and others also corroborates the account provided years earlier by Robert Wilton, correspondent of the London Times in Russia for 17 years. His account, The Last Days of the Romanovs - originally published in 1920, and reissued in 1993 by the Institute for Historical Review -- is based in large part on the findings of a detailed investigation carried out in 1919 by Nikolai Sokolov under the authority of "White" (anti-Communist) leader Alexander Kolchak. Wilton's book remains one of the most accurate and complete accounts of the murder of Russia's imperial family.3