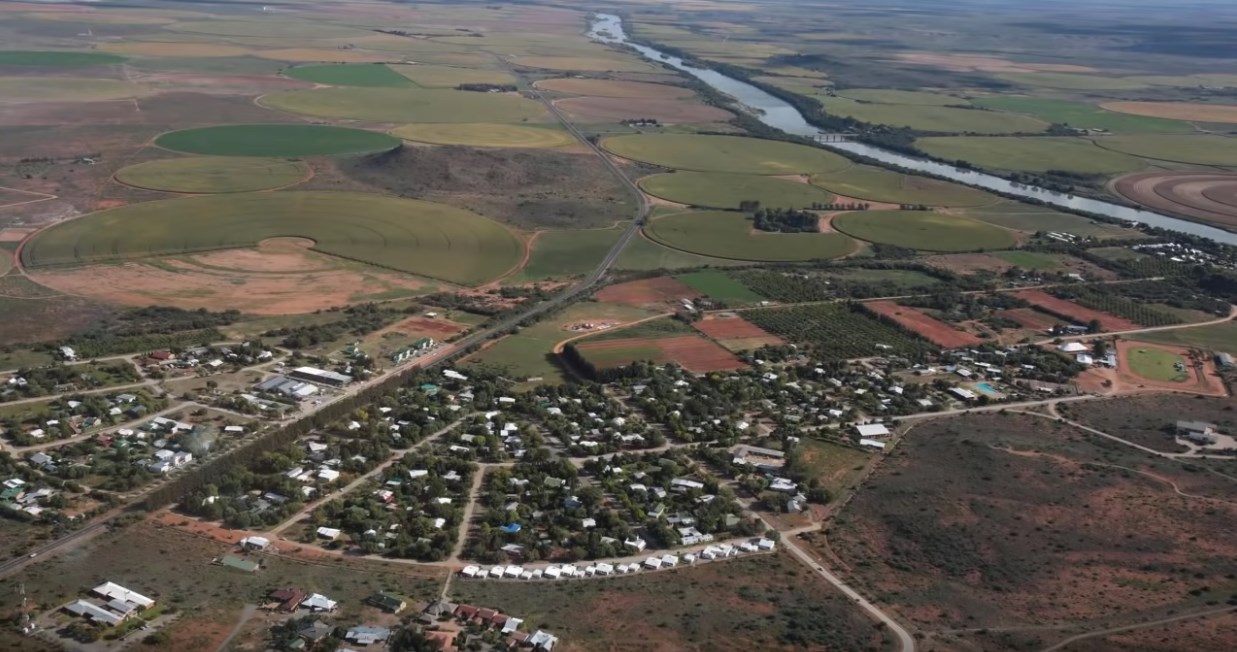 Picture above From Wikipedia

The Globalist controlled mainstream media does not care about the poor Afrikaners (whites) in South Africa, because they do not actually care about Whites at all. Whites are supposed to be "invincible", so people feel justified in blaming them for perceived wrongs. Instead of agitating hatred against Whites, the media should teach that "Whites are humans too", like they teach us about non-Whites. Whites should have the right to self-determination, like all non-Whites.

" South Africa is inhabited by many different tribes and ethnicities, all with their unique culture and language. Therefore the South African constitution allows each ethnic group to form independent, self determined communities, complete with their own administration and even money. When white people make use of this law and form ethnically homogenous communities, we can imagine though, that the shouts of "racism'" are not too far away to be heard."

Short documentary about the Afrikaners in South-Africa and their quest for a safe future.

Life for the Afrikaners ( farm-murders / Orania )

Afrikaners have the right to seek their preservation as a people.

This is a fundamental right of any people

Many whites in South Africa do not believe they have the following,

No justice , No homeland, No future.

To protect history, language and culture

To represent their people. 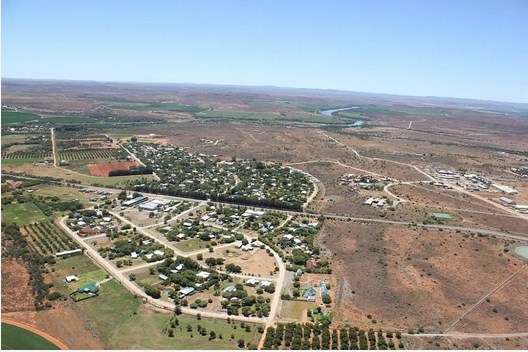 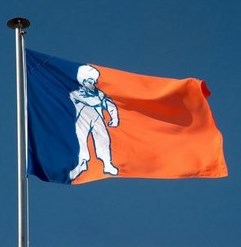 Orania - A Whites only town - proof that nationalism works 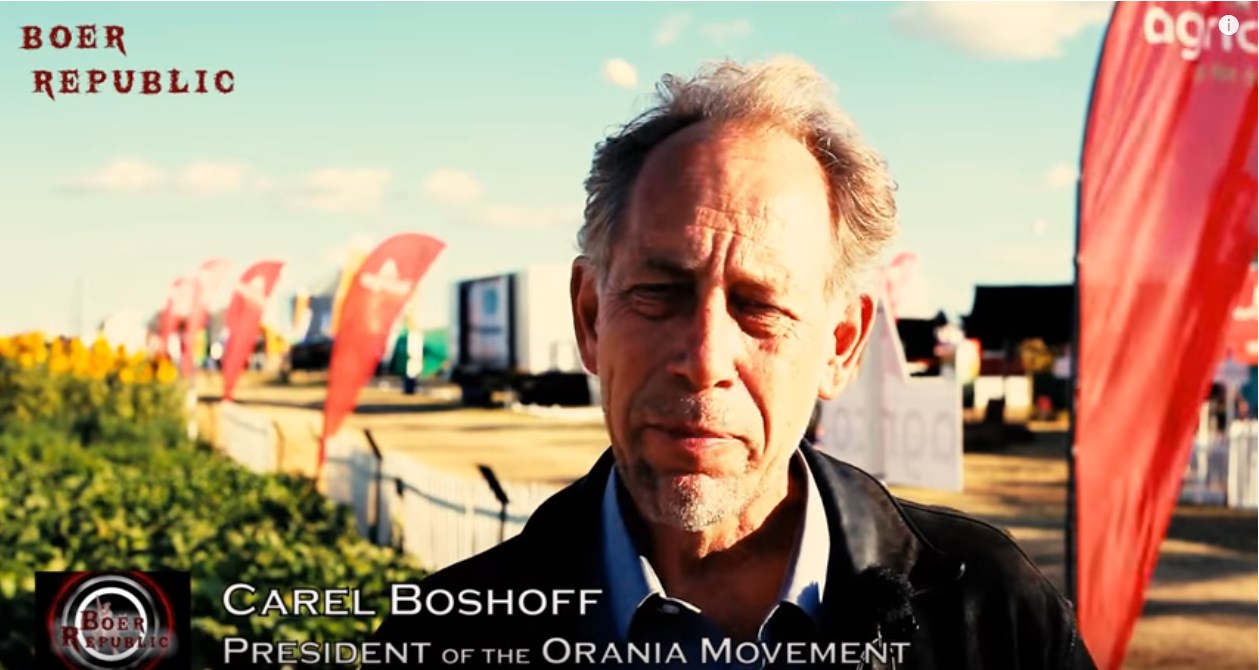 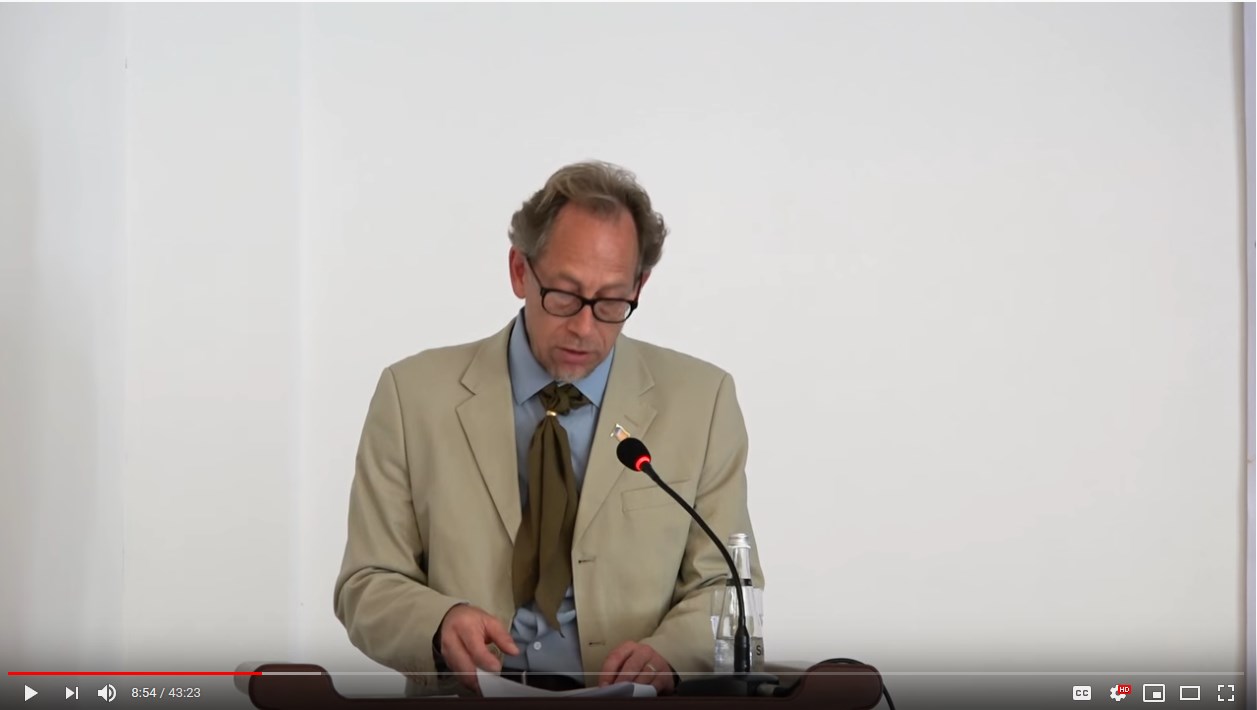 Carel Boshoff - The Afrikaner Community as an Experiment (PFS 2014)

You can NEVER hold a good Boer down! Freedom from foreign rule is in the genes. Let anyone who whines about Orania first put a stop to American Indians having their own land for themselves alone, and Australian Aborigines having their own lands for them alone. You cannot have it both ways. If its fine for non-White ethnics, its fine for White ethnics.

" I am just walking a bit through town to give you some Impressions of Orania. I must admit, I was quite shy walking around with the Camera on, so don't wonder if I don't say much sometimes. There is also some footage of other activities I did so far in Orania." 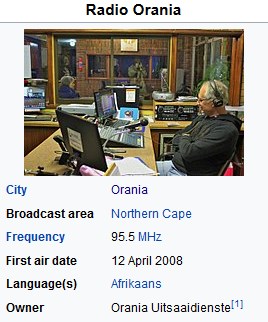 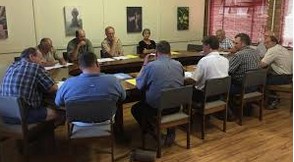 The following article is about the Orania history, administration and how they operate the Community.

Orania using its own money 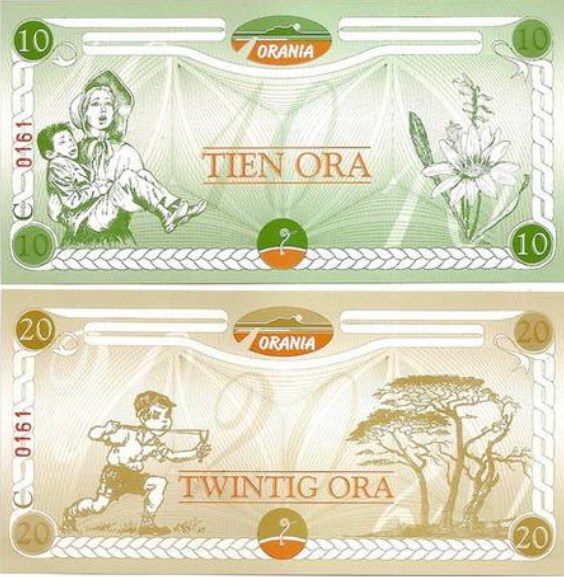 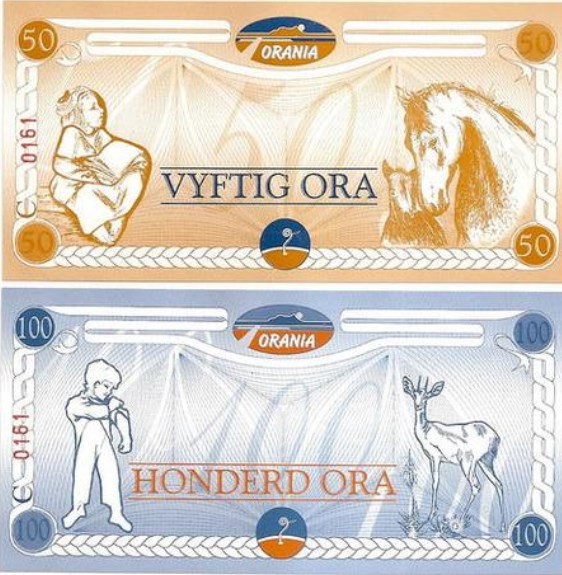 How Afrikaners educated their children

Orania, how the Afrikaners educate their children / South-Africa 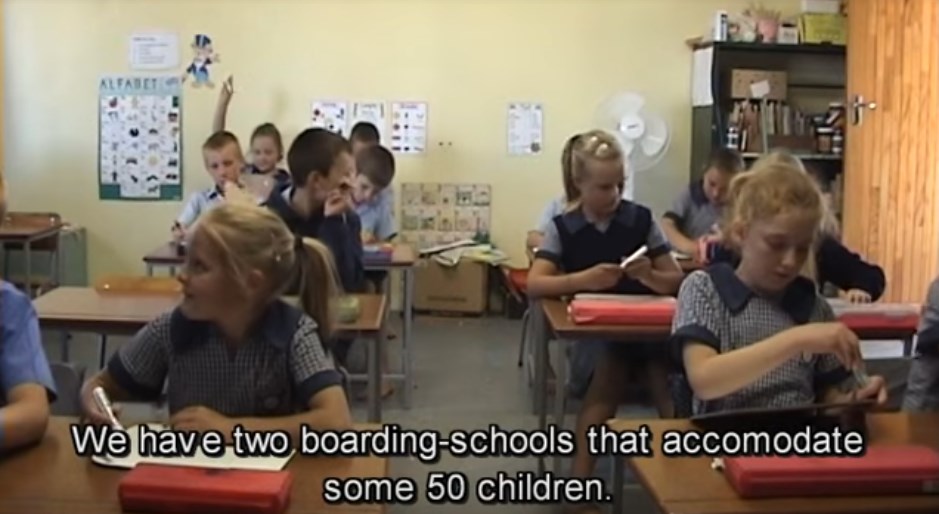 I'm Zulu man and i believe that the Orania state is a beautiful and self reliant state. It shows that it is possible to be self reliant, and i give Afrikaaners their props. Good work, South Africa as a whole should adopt some of Oranias principles

The black commentator keeps saying racism. Why doesn't she do an in-depth story on the black against white racism (murders of children and families) and the government-sponsored​ land grabs? It's always a one-way street. White people that are left to themselves are great. Whites do not need anyone else. Everyone else needs whites. God Bless the people of Orania

"In order to keep the memory alive of victims of farm murders in South Africa, a monument was erected by the Henneman Farmer's Association. Dedicated to the farmers, families, and workers murdered on farms in South Africa, The Wall of Remembrance is dedicated to their memory, and their contribution to agriculture in South Africa. The monument is situated in NAMPO park, a few kilometers outside of Bothaville, in the Free State Province."

"May this Wall of Remembrance be a call for Unity and Resistance among Boers... Love this Volk!"

Ironically black community leaders often visit Orania to determine the key to success in building an own community. I've visited Orania on several occasions and once over-nighted in their hotel on the banks of the Orange river. The community is very clean and orderly and the inhabitants very friendly and helpful . Orania is a modern Afrikaner success story.

Perfectly OK. These people were born in Africa, and ARE therefore "Africans", strange as that sounds. If tribes like the Zulu can live in their own villages in SA, and the Amish in the USA do the same (and that in considered normal), then so can these white Afrikaners. As far as I can tell, THEY are not the ones going around telling others how to live their lives...so, fine by me. Best of luck.

Orania looks sensational. People fighting to save their culture. We need something like this in England and Europe.

I am black and I am inspired by the Afrikaner work ethics, they are really amazing. I think we black people need to learn from Afrikaners, instead of fighting with them. This attitude can help a whole of South Africa 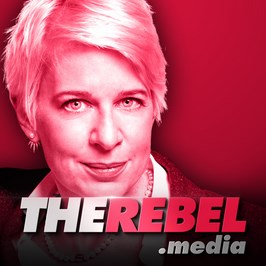 The globalist control mainstream media, Schools and political party Gangs will not talk about the white killing in South Africa. We give thanks to Civil Rights Activists in exposing the racist who are killing whites.

Short documentary about the Afrikaners in South-Africa and their quest for a safe future.

Life for the Afrikaners ( farm-murders / Orania )

George Galloway on Who funded the ANC 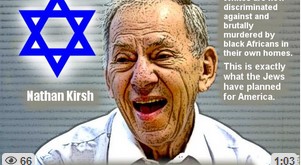 George Galloway on Who funded the ANC

Anti-semite: Anyone who discovers the Truth about the jews and shares it with others. 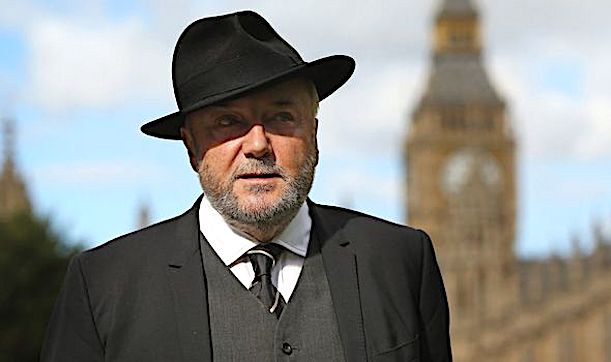 During a 2003 speech at Oxford Union, former Labour MP and out-spoken critic of Israel, George Galloway, was interrupted by Jewish protesters who waved the Israeli and accused him of “racism” against Jews — which prompted him to defend himself by revealing his activism in South Africa with the Jews who led the anti-Apartheid movement there:

I am one of the few people on the Left in Britain who traveled the length and breadth of Apartheid South Africa — as an underground agent of the African National Congress led by Nelson Mandela — then in Pollsmoor Prison in Cape Town.

Jewish heroes amongst my blood brotherhood, like Denis Goldberg, who served 27 years on Robben Island, in Pollsmoor Prison, but was never able to touch Mandela and his comrades because they were on one side of the Apartheid prison wall, and he and a few other Jewish heroes of the African National Congress were on the other. Denis Goldberg, Albie Sachs, Joe Slovo, Ruth First. Perhaps you’ve heard of these people — if you haven’t, look them up.

Jews don’t have to be on the side of Apartheid. They can stand up against it. And I say this to those who say they are friends of the state whose flag that was just waved in my face, turn away from the racist Apartheid ideology of Zionism. Turn back to where Jews were before the emergence and hegemony of Zionism.

The greatest people on the earth were Jews. The leaders of the socialist, communist, trade union — Liberal — Enlightenment — throughout the 17th, 18th, 19th centuries were great Jews. Marx himself was a Jew. None of them believed as Jews they should go and take somebody’s else’s country and drive millions of them around the world as refugees. All of them would have turned their back against such an ideology.

George Galloway is a textbook example of a “useful idiot” — a “gentile” who devotes his life to Jewish revolutionary causes only to find at the end of it that he’s no longer useful — and has actually become part of the problem.

Socialism and communism were the revolutionary mechanisms that Jews used to undermine, subvert and destroy White Christian nations — and deliver those nations into the hands of Jewish oligarchs who have become the new de facto aristocracy.

That Jewish aristocracy — contrary to what the dupe George Galloway naively believes — is inherently racist, and has always been racist.

Galloway sincerely believes that Karl Marx is “one of the greatest people on earth” — even though his ideology has led to the wholesale murder of over 100 million people in the last 100 years.

After all, another “great Jew” — Vladimir Lenin — once rationalized those murders in the cause of communism as — you have to break a few eggs to make an omelet — apparently, 100 million eggs and counting.

And no doubt George Galloway considers the mass murderer Leon Trotsky another “great” Jew — who would see Galloway not as a “brother in arms” but for what he really is — just another of the “white negroes” who will be the de facto slaves of the Jewish bankers who finance this ongoing revolution:

We must turn Russia into a desert populated by white negroes upon whom we shall impose a tyranny such as the most terrible Eastern despots never dreamt of. The only difference is that this will be a left-wing tyranny, not a right-wing tyranny. It will be a red tyranny and not a white one. We mean the word ‘red’ literally, because we shall shed such floods of blood as will make all the human losses suffered in the capitalist wars pale by comparison. The biggest bankers across the ocean will work in the closest possible contact with us. If we win the revolution, we shall establish the power of Zionism upon the wreckage of the revolution’s funeral, and we shall became a power before which the whole world will sink to its knees. We shall show what real power is. By means of terror and bloodbaths, we shall reduce the Russian intelligentsia to a state of complete stupefaction and idiocy and to an animal existence.” (From the ‘Memoirs of Aron Simanovich’, quoted in The Nature of Zionism by Vladimir Stepin, Moscow, 1993, and translated from Russian into English by Clive Lindhurst.)

And that describes the world today — under the guise of a fake pandemic — White nations have indeed been “reduced to a state of complete stupefaction and idiocy and to an animal existence” — and it’s going to get a lot worse.

These Jewish oligarchs fully intend to treat White Christians they way they treated the vanquished Germans and Japanese after World War II.

Clearly, Galloway naively believes that communism and Zionism are two mutually exclusive ideologies — when, in fact, they are inextricable from each other — Galloway served the ultimate Zionist agenda by helping to destroy Apartheid in South Africa.

The anti-Apartheid Jews of South Africa like the late Denis Goldberg weren’t motivated by their love for Blacks but rather their hatred for White Christian nations — and White South Africa had to be destroyed less it be an example to other healthy White nations.

For proof of this we need to look no further than Kim Heller, a current Jewish leader of the South Africa ANC — she makes no attempt to hide her hatred of her “fellow” White people.

And now that Galloway has outlived his usefulness, he may very quickly find himself investigated by the police for “hate speech” — like fellow Zionist critic, Bristol University professor David Miller.

In fact, Oxford University — where Galloway gave this rousing anti-Zionist speech in 2003 — has adopted the new IHRA definition of “antisemitism” — which means Galloway would now be censored and possibly investigated for “inciting racial hatred” against Jews for this speech.

The Jewish oligarchs that own and run Facebook announced that they will be censoring the use of terms like “Zionism” — which they now consider a “dog whistle” for antisemitism.

And YouTube — also owned and controlled by the same pro-Zionist supremacists — are following suit and censoring “anti-Zionist” content — which will eventually include this Galloway speech from 2003.

All Jewish sensationalism aside, Hendrik Verwoerd — the former leader of South Africa who was murdered at the behest of the Jewish bankers — explains the simplicity of Apartheid — and why it was in everyone’s best interests — except for the Jews: 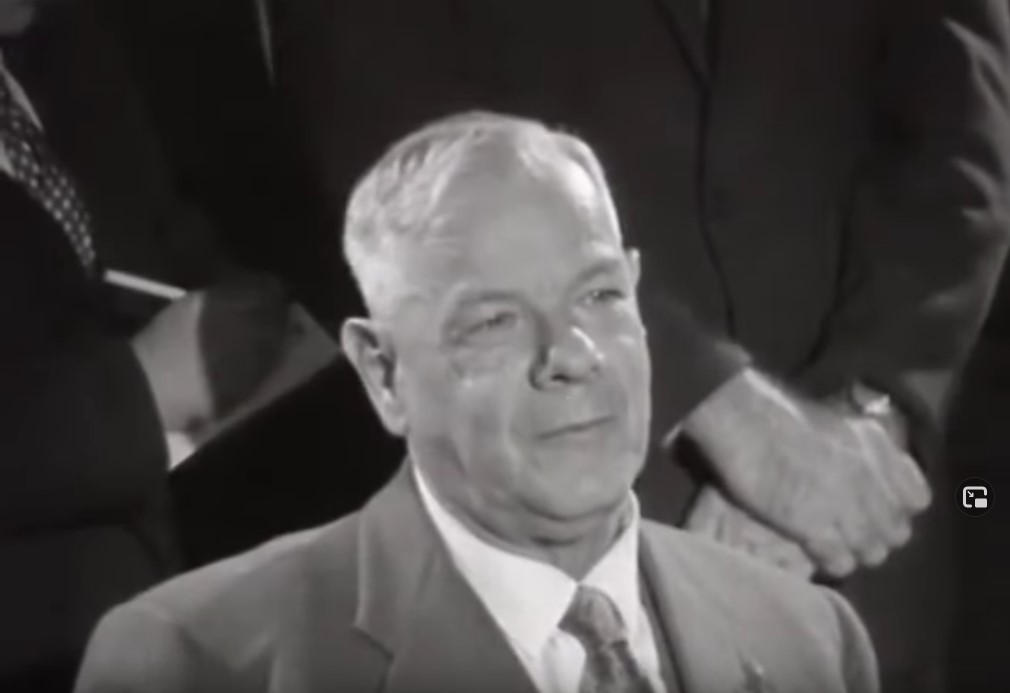 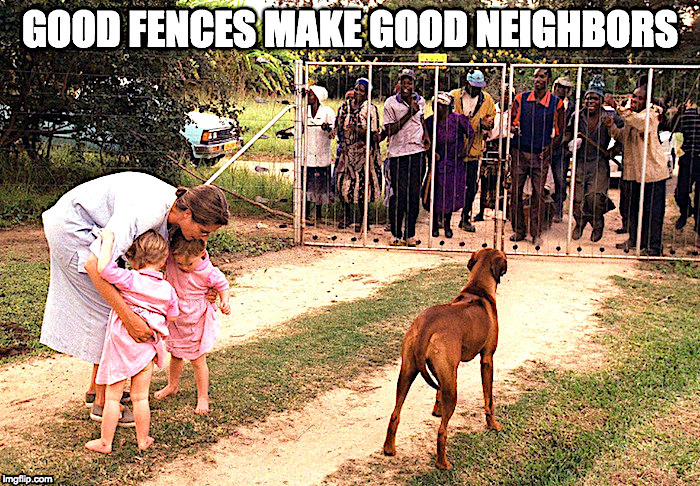