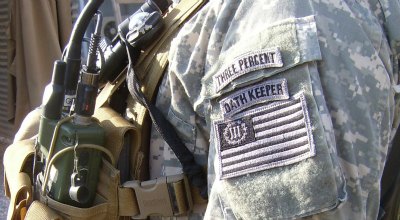 'We the People' need to have organizations which defend our constitutional rights against extremist political parties and governments that do not represent us.  Very few people outside the United States have ever heard of groups like the Oath Keepers and III% Club. (Three percenters Club) whose organization attracts and represent the military, law enforcement, and veterans.

Their members take an oath which will uphold their original oath of service.  All American police, firefighters, military etc must swear upon enlistment to uphold the Constitution of the United States.  These members have such a strong belief in these vows that they are also willing to publicly defend them and will refuse to obey orders which contradict the Constitution.

We believe that organizations similar to groups like the Oath Keepers should be developed in all Western countries because it empowers the people against corruption from totalitarian terrorist government. 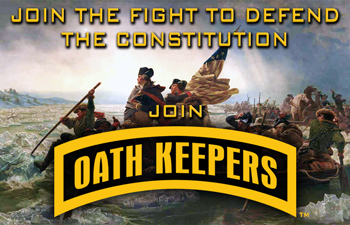 Oath Keepers is a non-partisan association of currently serving military, reserves, National Guard, veterans, Police Officers and Fire Fighters who will fulfill the Oath we swore, with the support of like-minded citizens, who take an Oath to stand with us. To support and defend the Constitution against all enemies, foreign and domestic, so help us, God. Our Oath is to the Constitution.

The Oath Keeper motto is:
"Not on our watch!"

OATH KEEPERS: ORDERS WE WILL NOT OBEY 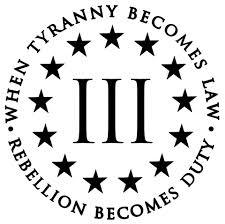 What is the III% Club?  They represent the 3% of colonists who refused orders by the British Crown to surrender their firearms during the American Revolution.  This term is symbolic today with patriots and resistance groups within the US.  A modern day member is someone who believes in the core values which our country was founded on, and believes in the principles of the United States Constitution.  Our Founding Fathers laid down their lives so we could live in a free country without fear of being oppressed.  The three-percenters militia has over 30,000 active members across the United States currently.

Oath of Enlistment
I, (NAME), do solemnly swear (or affirm) that I will support and defend the Constitution of the United States against all enemies, foreign and domestic; that I will bear true faith and allegiance to the same; and that I will obey the orders of the President of the United States and the orders of the officers appointed over me, according to regulations and the Uniform Code of Military Justice. So help me God.

Officers Oath
I, [name], do solemnly swear (or affirm) that I will support and defend the Constitution of the United States against all enemies, foreign and domestic; that I will bear true faith and allegiance to the same; that I take this obligation freely, without any mental reservation or purpose of evasion; and that I will well and faithfully discharge the duties of the office on which I am about to enter. So help me God.