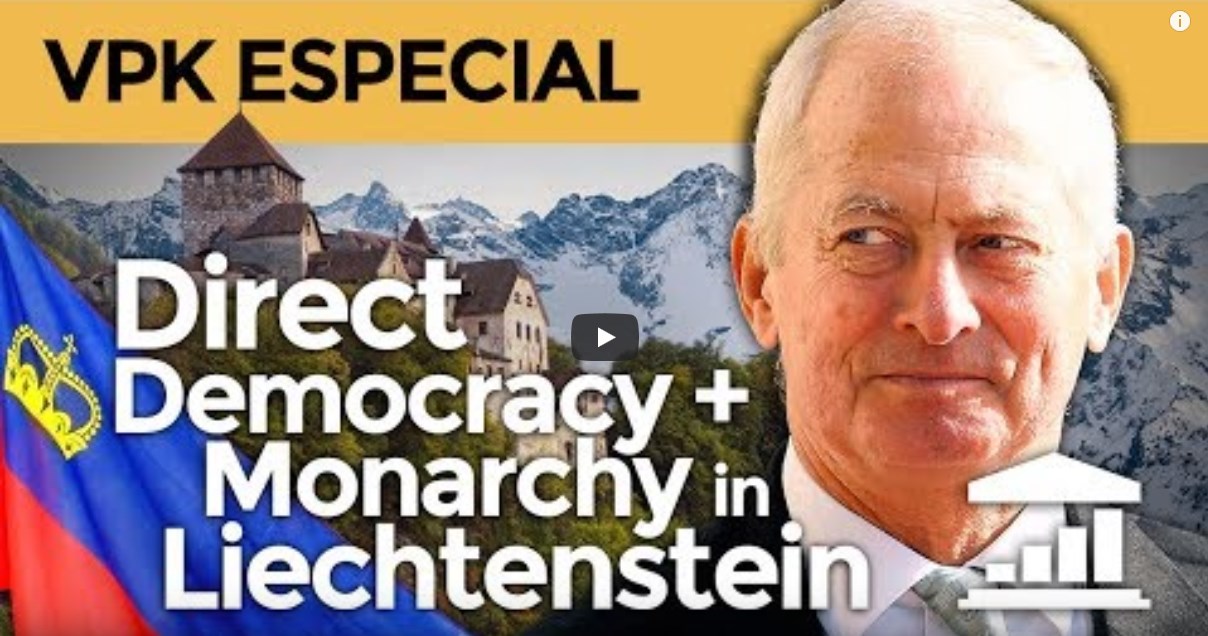 How does DIRECT DEMOCRACY work in LIECHTENSTEIN? - VisualPolitik EN

VisualPolitik EN
Despite being a constitutional monarchy, most of the political decisions in this Principality are done through referendums. This includes economic policy, social spending and even… Citizenship! Even the right to self-determination can be guaranteed by referendum. This means that any of the 11 municipalities inside of Liechtenstein can hold a popular vote to decide whether they want to stay in the country or become an independent nation. Sounds pretty crazy, right? How is all of this possible? How can you manage to guarantee such a stable political system when people can vote in any crazy law they want with a referendum? Well… This is what we were wondering here at VisualPolitik...

As a Liechtenstein myself I have to say that the Freie Liste is a problematic party because they only critizse things but they never bring something forward that can be put in to law. Also they have only 2 seats in our government which is alot in a government which is only as large as 25 seats and with only 4 parties. So they are a fringe voice.

Wow - such a cool and interesting vid. The reason the Monarchy/Presidency/Whatever (MPW) in this scenario works is because the villages can vote to leave the country or the people can vote to chuck out the MPW. This ensures that Governance is answerable to the people. The Veto power is fascinating and its a critical element in keeping the system stable. The "long term welfare" that the MPW provides is critical to long term success in my view.

I think having a long-term head of state is a totally legitimate idea. With presidents, prime ministers, and other representatives, they have to spend a year or more getting their head around the job, often get short-term legislation through rather than taking on a long-term focus, and have to worry about reelection campaigning before they've even finished their job. While having a head of state that is unchosen by the people might pose something of a problem, a long-term, high command position in government is a good idea.