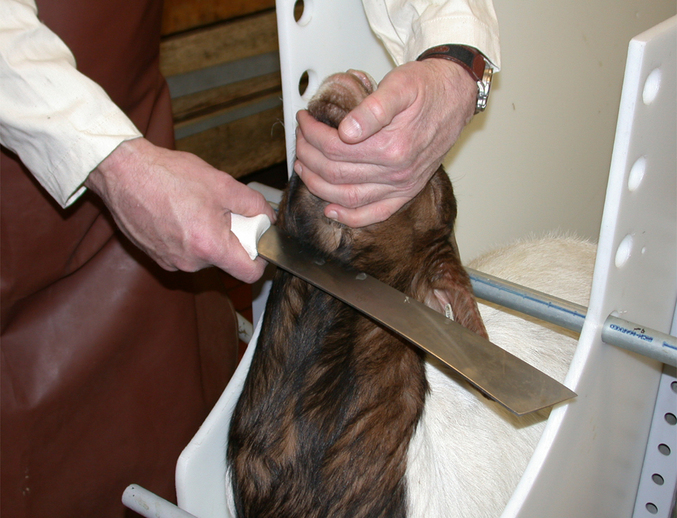 In  European countries, there is a growing awareness of the cruel practices of Halal (Islam/Muslim), and Kosher (Jewish), slaughter where animals have their throats cut while they are alive.  This is painful for the animal and brings suffering, and often to the other animals in view.

During the 90s, there was a scholarly investigation into the pain felt by animals during slaughter practices and public awareness put pressure on the industry to change.  By the late 90s, most western countries introduced human slaughter laws to ensure animals experienced minimal distress.  Thspecific religious context in which animals is caused issues for the Jewish and Islamic communities who had must be slaughtered by cutting throat while animal is alive.

Both religions require the animals to have its throat cut, and the death is from exsanguinations (bleeding out) because this is considered a 'clean' way to die.  In America, the meat industry is exempt from the humane slaughter legislation based on religious exemption, so it is not a problem, however, in the European Union, Australia and New Zealand the industry has had to work with policy makers and religious leaders to ensure their needs are met within a legal framework.

The word "Kosher" means "fit" to eat and people of the Jewish faith can only consume Kosher foods.  Kosher gives a range of beverages and foods (including meat), that are acceptable.  Kosher food laws are based on interpretation of the Bible and the Torah which comprise of the Judaic scriptures.  Jews are forbidden to consume blood and are forbidden from eating meat products from any animal that does not have a split hoof and chews its cud.

All of this is superstitious nonsense and has absolutely nothing to do with improving the quality of any food products.  Still, this clever scheme of requiring kosher labeling has become a multi-million dollar business today!

The Jewish Encyclopaedia of 1942, states the practice of eating Rabbi-approved "kosher" foods goes back to ancient times when Jews were forbidden from eating with Gentiles or having sex with Gentiles.  The Encyclopaedia says Rabbi's taught that:

"Gentiles are ridden with diseases and death from unclean habits, and that, God wishes to protect his people from being contaminated by the Gentiles.  The non-kosher goods of the Gentiles were ruled to have a contaminating effect!"

Many Jews are not aware of the history of some of their laws, including that of Kosher meat.  When you consider approximately half of the Jewish population in the United States now marry non-Jews (Gentiles), and would be horrified to read the above racist quote and should campaign from within their community to remove this bigoted attitude from Jewish books. 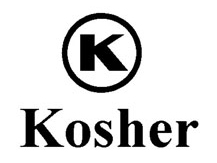 There is ceremony surrounding kosher slaughter with staff in a kosher meat plant being trained as a specialist in religious slaughter.  The animal must be killed so it feels little pain.  A sharp knife is used to cut the oesophagus, the trachea, carotid arteries and jugular veins in one action.  Excessive pressure on the blade is forbidden.  The animal is raised so blood flows out and this blood is then covered with dirt.  Failure to do any of these acts correctly means the animal is unfit to eat.

What is kosher slaughter in Australia?

On every pantry shelf in America, sit dozens of canned and packaged food products which have a tiny "K" or "U" printed on the label if it is kosher.

This symbol informs Orthodox Jews, the items have been checked by a Rabbi to make sure they have been prepared in accordance with "Jewish Dietary law" as set forth in the Jewish Talmud.

American food companies are forced to pay multi-billions of dollars to several Orthodox Jewish organizations just so an estimated 10% to 20% of Jewry (or 800,000 to no more than 1.2 million Orthodox Jews), will buy their products.  Please bear in mind that the US, as of 2016, has just over 320 million people, and we are all forced to pay this "Kosher Tax" just to appease less than one percent of the entire population! 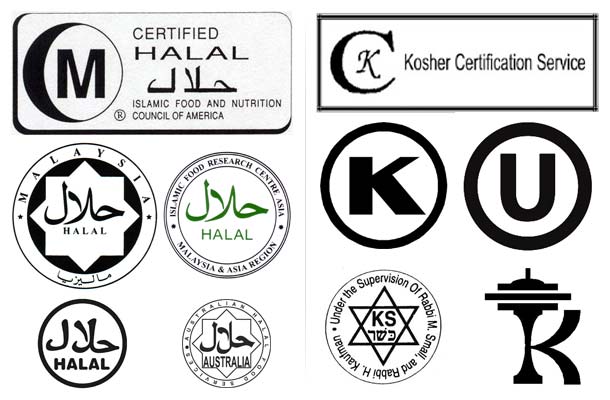 The Chabad Mafia has exposed major problems with taxation on Kosher where the tax is applied even to factories where they are not bothering to use real kosher practices, and are killing in a truly cruel way.

Kosher Seal Tax
The following article sheds light on the "Kosher Seal" and the resulting "Kosher Tax."  Non-Jews are unaware that people are paying extra for their food because of this tax.

The word 'Halal" means relating to meat prepared as prescribed by Sharia Muslim law.  Like the Jewish Kosher slaughter, the animal must be alive and healthy when the slaughter needs to be performed by a Muslim in a ritualistic manner whereby, the animal's throat must be cut by a sharp knife severing the carotid artery, jugular vein and windpipe in a single swipe and the blood must be drained out of the carcass.

Where Halal differs significantly to kosher slaughters, it is in countries with legislation around humane slaughter, Halal allows for the animals to be stunned prior to the throat being cut.  This is still considered religiously acceptable, providing that the actual stunning does not cause the animals death, but by the 'bleeding out'.  The animal dies because of the loss of blood.

In Britain, the Food Standards Agency (FSA) estimates that 88% of animals killed in the UK for Halal purposes were stunned prior to their death.  Unfortunately, while many Western countries practice humane slaughter around the world, other Muslim countries can be described as nothing but cruel and brutal with their slaughtering processes.

What is Halal slaughter in Australia? 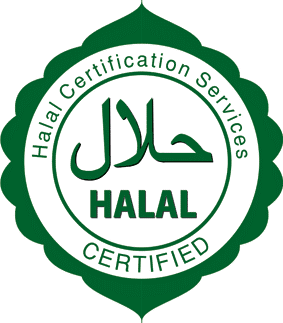 In Australia, the Indonesian Council of Ulama is the Islamic organizing body for Halal certification which forces Australian companies to pay vast amounts of money to them in order to say their foods are certified as Halal.

Sharia tax laws: Indonesian Council of Ulama is run from Indonesia asian country  north west from Australia. The global governing body is located in Saudi Arabia and similar Halal Certification schemes are run in most Western Countries.  The terrifying part of all this is that many people believe that this money is being given to Islamic Jihadist groups who want to undermining free Western Democracies.

"There is an open campaign by Islamic food agencies to integrate halal into the mainstream market and to extend it to non-Muslims. The World Halal Forum held its annual conference in London earlier this month, (November), and has identified the UK as a pilot project for halal in Europe… The spread of halal is often part of the commitment to Islamic mission, (dawa), and the Islamisation of non-Muslim societies.  The imposition of sharia practices on non-Muslims may be interpreted as an act of Islamic supremacy.”

This Is Halal - Animal cruelty exposed.