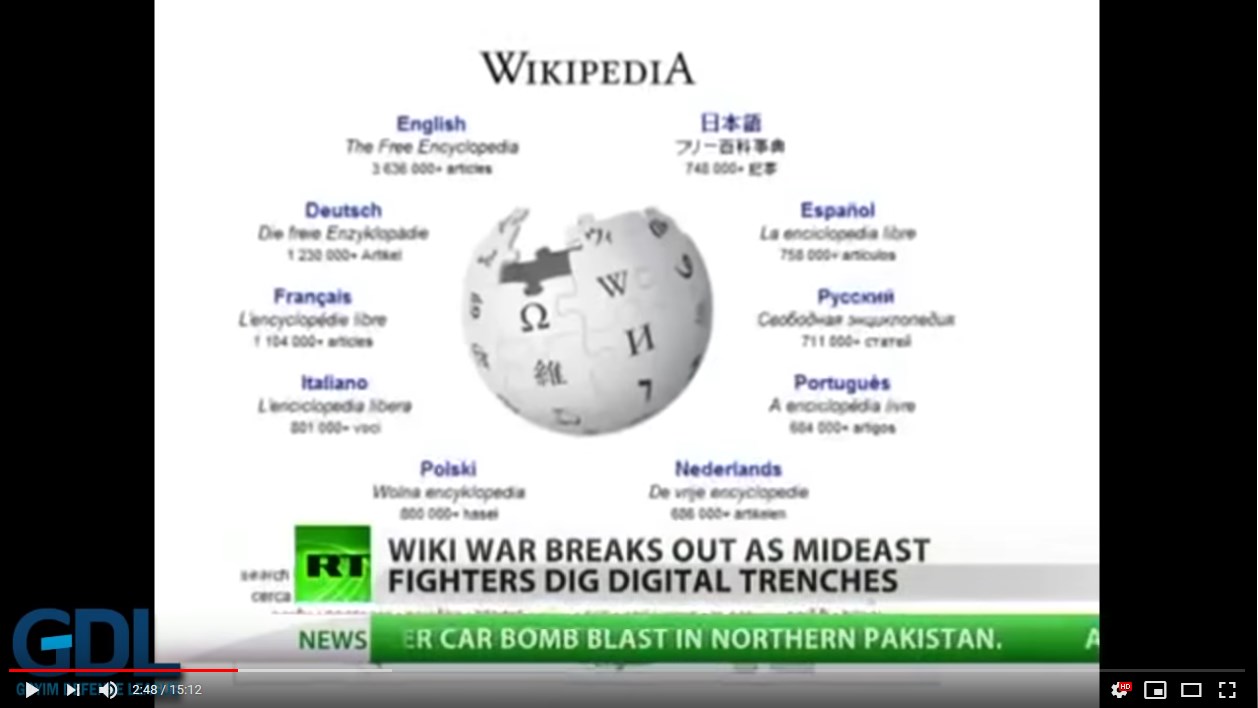 "Why won't the online encyclopedia allow the truth about the New York Times' Holocaust coverage?"

"Wikipedia is used by 68 million people a month.  Google Jerusalem, Israel, the Holocaust, jihad – the first reference to come up is Wikipedia.  Most users mistakenly think it is an encyclopedia.  Actually it is a special sort of blog, self-styled “the free encyclopedia that anyone can edit.”  Open an article, click on the edit tab, add or remove what you like.  Everyone in the world writes Wikipedia."

Jimmy Wales - Jew or Not Jew 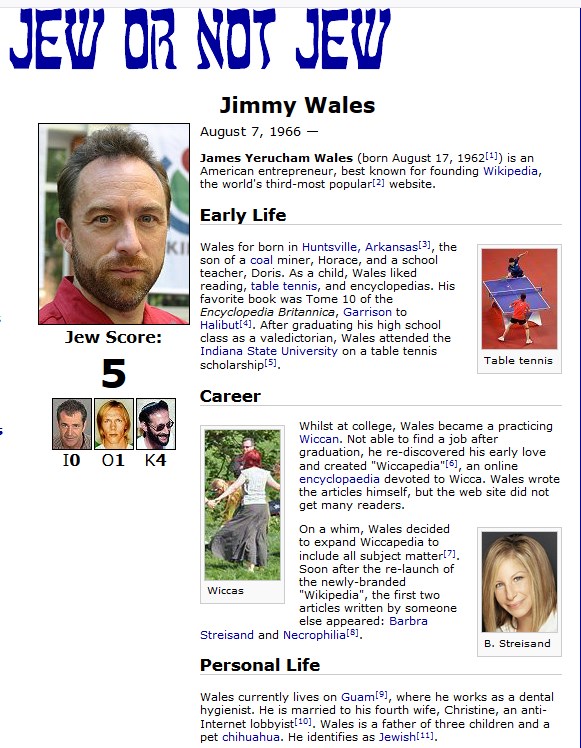 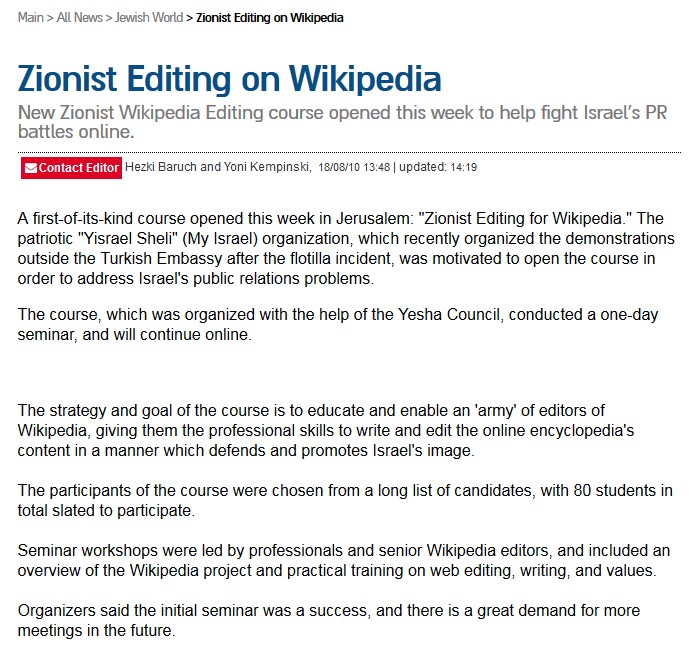 Many people say that Wikipedia deliberately covered up the mass murders committed by Stalin , Mao Tse, Pol Pot and all other communist leaders.  When it comes to matters of Globalist Jewish history they will cover up the facts and write bad things about white Christians and White Jews who fight against Globalism. 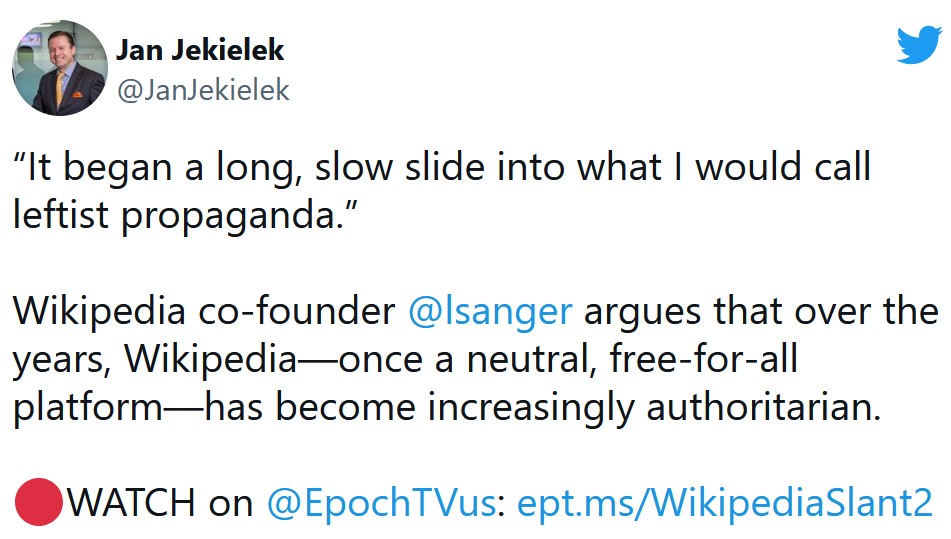 Wikipedia has in recent years drifted away from neutrality and slid into “leftist propaganda,” according to its co-founder Larry Sanger.

Sanger, who parted ways with Wikipedia almost two decades ago over the project’s direction, told EpochTV’s “American Thought Leaders” that the online encyclopedia, which turned 20 years old earlier this year, has gradually shifted to follow the narrative of “the news media.”

“Wikipedia made a real effort at neutrality for, I would say, its first five years or so,” said Sanger. “And then … it began a long, slow slide into what I would call leftist propaganda.”

Wikipedia has around 125,000 active volunteer editors who work on crowdsourced articles, and more than 1,000 “administrators” who can take actions such as blocking accounts or restricting edits on certain pages.

Sanger told EpochTV that particularly in the past five years, any individual who is “on the right,” or “even contrarian,” often finds themselves with an article on Wikipedia that “grossly misrepresents their achievements, often just leaves out important bits of their work, and misrepresents their motives.”

Wikipedia “casts them as conspiracy theorists, are far right or whatever, when they and their friends and people who know them well would never describe them in that way,” Sanger said.

Sanger criticized Wikipedia, suggesting that it has recently moved to “follow the news media.”

“More recently, they’ve gotten rid of almost all conservative news sources as sources for their articles,” he explained. “And so as the news media has shifted, and as the establishment, frankly, has shifted more to the left or to the left, the content of Wikipedia has followed suit.”

He previously noted that Wikipedia has banned Fox News’s political reporting, the New York Post, and the Daily Mail from being used as sources.

Sanger said he is now working on creating a new decentralized network, a “superset of all encyclopedias.”

“We’re going to be putting all of the encyclopedic content and the world in a single network. That’s an extremely compelling vision,” he said.

He first announced in March that he was working on developing technical standards that could strip power over social media from giant companies and give users more control over the content they produce and see.

Sanger created Wikipedia with Jimmy Wales in 2001, but left the project the following year and has subsequently criticized the website.

Wikipedia officials didn’t immediately respond to a request for comment.